The Relentless Pursuit of Excellence¬†¬†

The Massed Bands of the Household Division have a long and prestigious history; the bands are an iconic part of British national heritage.¬†

The State Ceremonial Musicians can be routinely seen performing music for the Changing of the Guard ceremony at all the Royal Palaces and Castles, State Visits and Guards of Honour, moments of National Celebration, as well as moments of Nation Commemoration and Remembrance.

Resplendent in red tunics and bearskin caps of the Foot Guards, or the State Dress of the Household Cavalry, the Bands of the Household Division provide the very finest, most stirring and moving performances of music.

Drawn from the¬†Royal Corps of Army Music, the State Ceremonial Musicians of the Household Division each serve in either one of 7 Regimental Bands: Grenadiers, Coldstream, Scots, Irish and Welsh Guards of the Foot Guards Bands, the Household Cavalry Band, which includes musicians of both the Life Guards and Blues and Royals, or the Countess of Wessex‚Äôs String Orchestra.

The State Ceremonial Musicians of the Bands of the Household Division, work persistently to uphold that reputation of excellence and in the service of Her Majesty The Queen.

On Monday 1st November at 7pm,
the Guards Museum in association with
the Bands of the Household Division and Commonwealth Music, present
‚ÄėCenotaph Requiem‚Äô ‚Äď a Universal Act of Remembrance.

The beautiful and inspiring music will be performed by
the Orchestra of the Household Division,
Choir of Christ‚Äôs College, Cambridge,
Commonwealth Scholars‚Äô Choir
and Commonwealth Children‚Äôs Choir
in the unique setting of the Royal Military Chapel ‚Äď The Guards‚Äô Chapel.

The music will be accompanied by reflective imagery and narrative,
which seeks to convey that through sacrifice there is hope;
hope that there are those who are willing to lay down their lives in the service of others.

For information and to purchase tickets please¬†Click Here.

Cenotaph Requiem is a Universal Act of Remembrance;
a poignant musical reflection on service and sacrifice to the Nation,
given by all soldiers, sailors and airman in the face of adversity.

The Latin and Instrumental movements derive their thematic material from 3 motives first presented in the Introit, thereby linking the poignant, descriptive instrumental elements that portray the most appalling and heartfelt conditions endured by soldiers, sailors and airmen during the war, with moments of quiet reflection, solitude and prayer, found within the Latin text.

Cenotaph Requiem¬†is intended as an epitaph to all who served in the First World War, but the enduring nature of warfare is constant, therefore in many ways, it should be regarded as a work for all time‚ÄĚ.

‚ÄúAs we listen to¬†Cenotaph Requiem, we are very much focussed on hearing and reflecting on our shared heritage, the commonality of our gratitude and the importance of recognising how the sacrifice of the past enables our future‚ÄĚ. 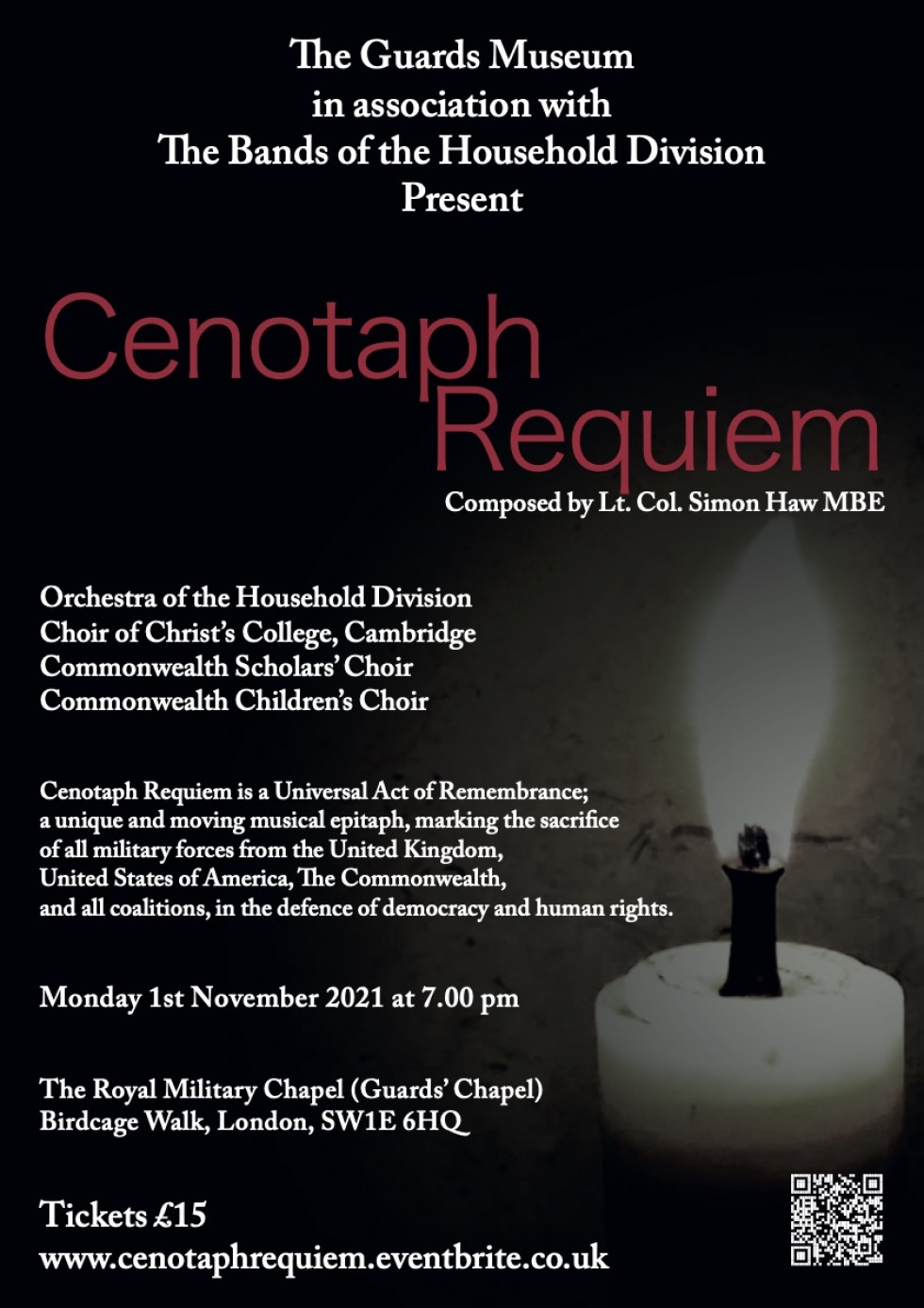