Headquarters Household Division sits within the larger Headquarters London District with the unique responsibility for delivering State Ceremonial and Public Duties, primarily in London & Windsor. ¬†The Headquarters is based at Horse Guards on Whitehall. ¬†

State Ceremonial includes events such as The Queen's Birthday Parade (Trooping the Colour), State Opening of Parliament, State Visit, the national act of remembrance at the Cenotaph and bespoke events of national importance. Public Duties include mounting the Queen's Life Guard at Horse Guards, The Queen's Guard at Buckingham Palace, the Tower of London and at Windsor Castle along with Guards of Honour and ceremonial Guards.

The regiments that form the Household Division have a long and proud history, mostly dating back to the time of the English Civil Wars and the Restoration in the middle of the 17th Century. Since that time they have proudly carried out a dual role as the Sovereign‚Äôs personal troops and the nation‚Äôs crack fighting soldiers.

The Brigade of Guards was initially made up of the Grenadier Guards, Coldstream Guards and Scots Guards. The Irish Guards was added to the Brigade on 1st April 1900 at the wish of Queen Victoria to commemorate the bravery shown by the Irish regiments during the South African Wars (Boer Wars).

On 2nd February 1915 a letter was published in The Times suggesting that a regiment of Welsh Guards should be added to the Brigade. The suggestion was met with immediate enthusiastic support from the Welsh press and many influential people, such that on 11th February 1915 the Secretary of the War Office announced that¬†‚ÄúThe King has been graciously pleased to sanction an addition to the Brigade of Guards by the formation of a Battalion of Welsh Guards"

Each regiment of Guards Division now has one battalion while, in addition, Nijmegen Company Grenadier Guards, Number 7 Company Coldstream Guards and F Company Scots Guards are known as Public Duties Incremental Companies, based at Wellington Barracks to carry out ceremonial duties.

The reigning monarch normally holds the appointment of Colonel-in-Chief of the regiments of Household Division. Each regiment has a Colonel who is normally either a member of the Royal Family or a senior officer.

The Field Officer in Brigade Waiting

Until 1856, the Field Officer in Brigade Waiting issued orders for the Brigade of Guards. The origin of this appointment is given in a letter dated 9th August 1711 which read: 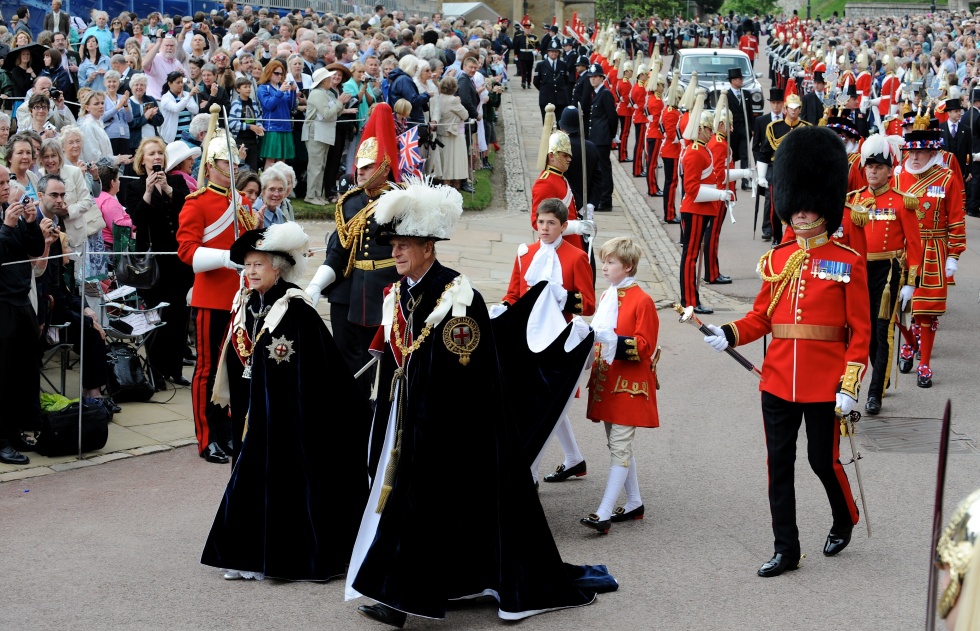 "Gentlemen Her Majesty having thought fit that a Field Officer of the Foot Guards be always in waiting upon her Royal Person, in like manner as she is attended by an Officer of the Horse Guards, I am commanded to acquaint you with Her Majesty‚Äôs Pleasure therein, and that she expects a compliance therewith as soon as may be.

I am gentlemen, your most humble servant.

The role of the Field Officer in Brigade Waiting today is largely ceremonial. The post is normally held by the Chief of Staff, London District, or by Colonel Foot Guards should the Chief of Staff be an officer of the Household Cavalry.

The Field Officer in Brigade Waiting commands the Queen‚Äôs Birthday Parade and on these occasions he will normally be the Commanding Officer of the Battalion from the regiment providing the Escort for the Colour.

The Field Officer in Brigade Waiting wears aiguillettes and the Royal Cipher to denote that he is a member of the Royal Household.

‚ÄúHer Majesty has been pleased to appoint Major-General Lord Rokeby KCB to serve on the staff of the Army, with a view to his exercising a general supervision over the battalions in England, including Aldershot; all communications having reference to the Brigade of Guards will be addressed to him in future, instead of the Field Officer in Brigade Waiting as before‚ÄĚ. 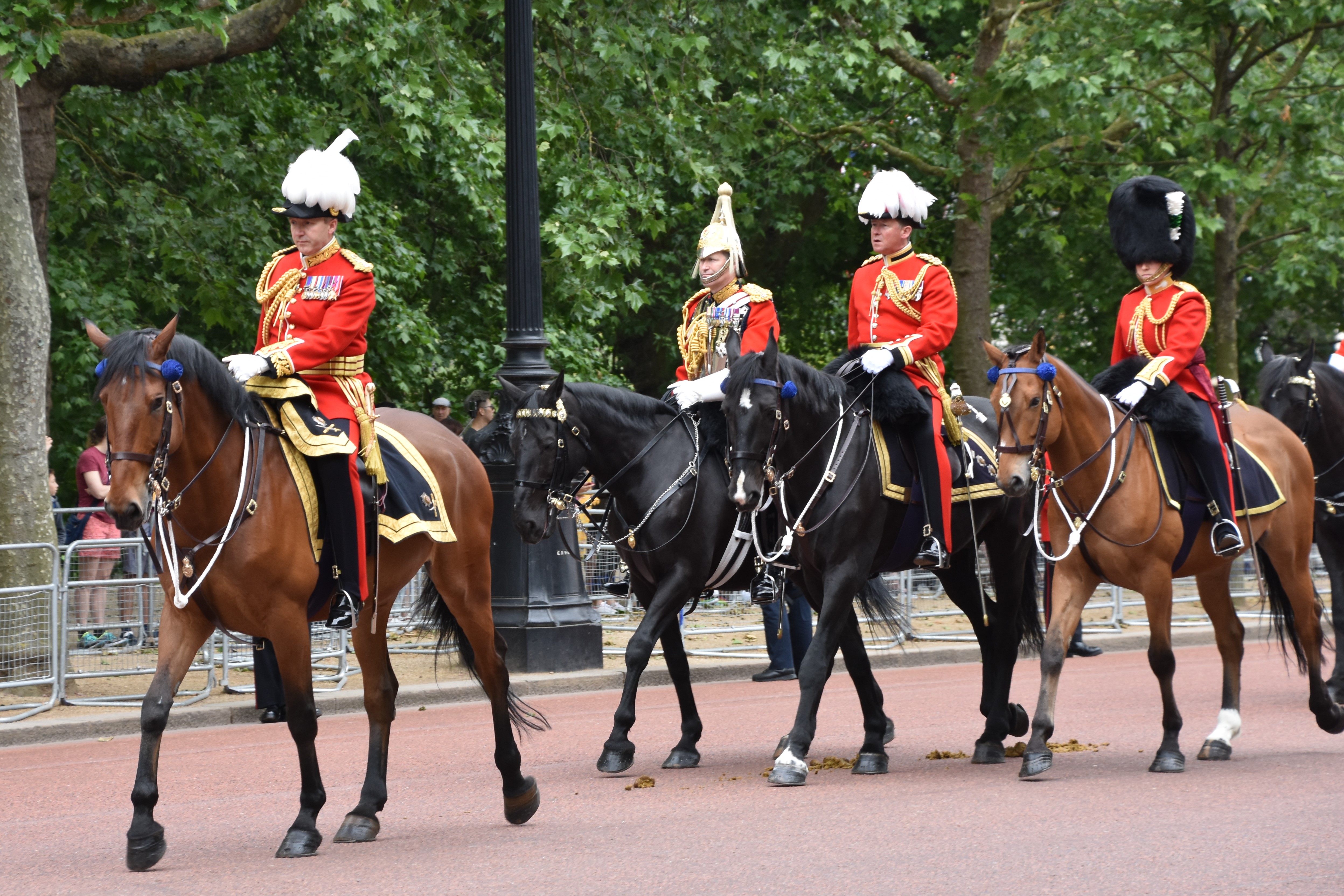 For some years after this date the Field Officer in Brigade Waiting continued to exercise considerable control over the military affairs of the Brigade. The Major-General issued general orders, the details of which were carried out by the Field Officer.

Between 1856 and 1868 the Foot Guards were called a Division but, on 27th April 1868, the old term ‚ÄėBrigade‚Äô was restored and it was directed that the Major General‚Äôs orders should be called ‚ÄėBrigade Orders‚Äô, while those emanating from the Field Officer should be termed ‚ÄėSub Brigade Orders‚Äô. The latter were abolished in 1873. The Home District (now London District) was created in 1870 and placed under the command of the Major General Commanding Brigade of Guards.

The Major General appointed to command the Household Division is a Guards General and usually simultaneously holds the appointment of General Officer Commanding London District. 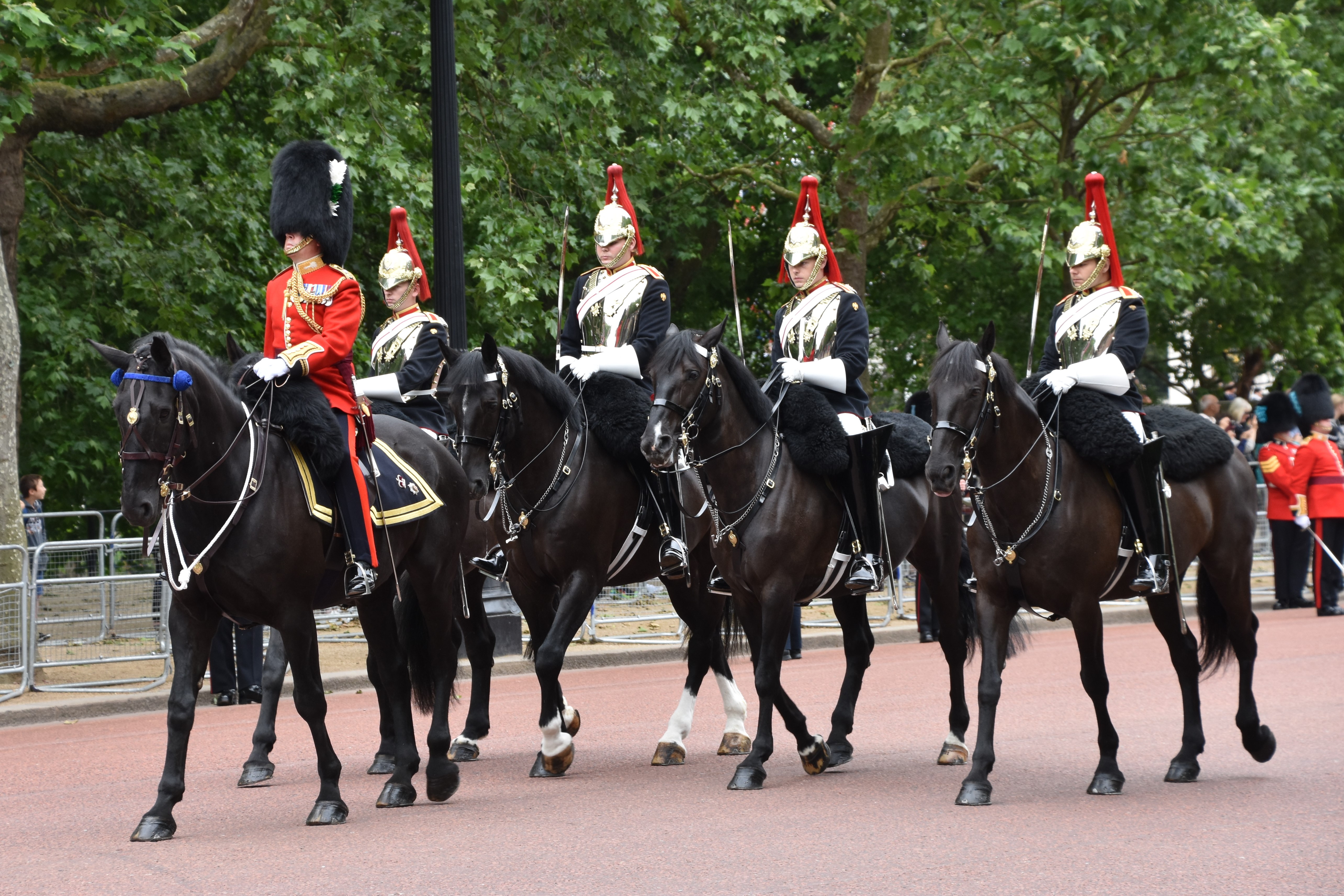 The Brigade Major is the principal staff officer to the Major General Commanding. The title of Brigade Major, Brigade of Guards, came into being in June 1861 and was changed to that of Household Brigade in June 1952 and Household Division in July 1968.

He is, perhaps, best known for his role at the Queen‚Äôs Birthday Parade when he leads the Royal Procession, accompanied by his Retinue of four troopers of the Household Cavalry.

Garrison Sergeant Majors were appointed to military districts from the mid-1800s and were largely involved with garrison administrative duties, such as billeting, furnishing fatigue parties etc.

In London, the nature of the role began to change with the appointment of GSM George Stone in 1952. Recognising that knowledge of drill and ceremonial had inevitably suffered during the war years, he took it upon himself to oversee the ceremonial for the State Funeral of King George VI, after which the role became increasingly associated with ceremonial, particularly with the preparations for the Queen‚Äôs Birthday Parades. 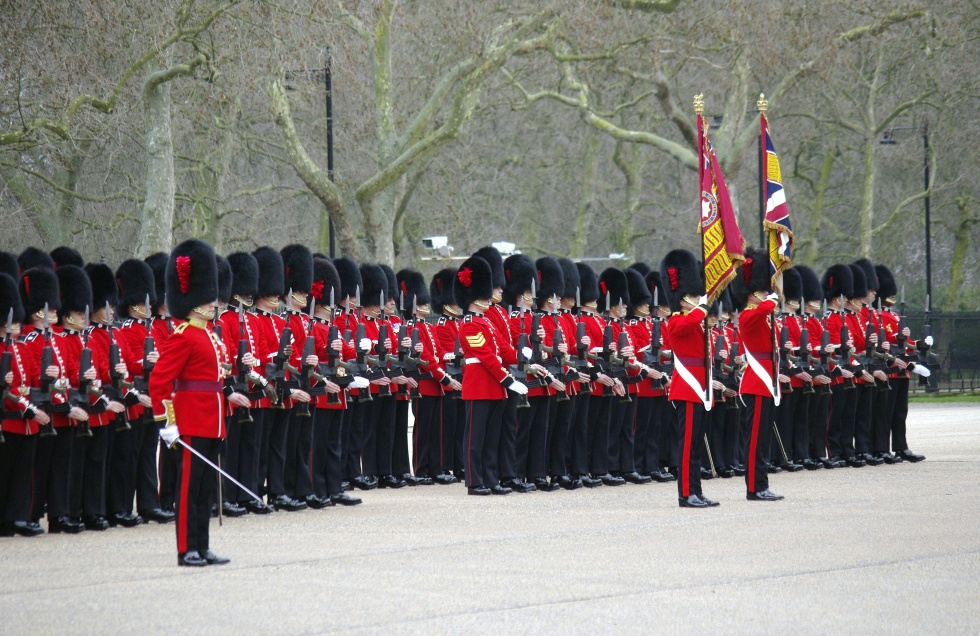 The regiments of Foot Guards (occasionally supported¬†by non Household Division and Commonwealth¬†units) provide the Queen‚Äôs Guard (at St. James‚Äôs Palace and Buckingham Palace), the Windsor Castle Guard and the Tower of London Guard.¬†

In September 1818 there were 89 sentry posts which were permanently manned by the Foot Guards in Central London, found by ten separate guards mounted daily. In addition, there were three night guards then provided at the Bank of England, Drury Lane Theatre and Covent Garden Opera House, as well as the Guard provided at the Tower of London.

These ten Guards were:

King‚Äôs Guard:¬†22 posts. Based on St. James‚Äôs Palace and covering The Prince Regent‚Äôs establishment at Carlton House and Warwick House where Princess Charlotte had lived until 1817.

Queen‚Äôs Guard:¬†Based at Buckingham House where Queen Charlotte was then living. Location of posts include: No. 7 ‚Äď opposite Lord Milford‚Äôs in Birdcage Walk, and No. 27 ‚Äėagainst the wall leading to Pimlico‚Äô.

Tylt Guards:¬†20 posts: The Guard Room was in the south wing of the Horse Guards building opposite to where the Queen‚Äôs Life Guard Guard Room now is. The posts were spread all around the Whitehall area including such locations as ‚ÄėThe First Regiment Orderly Room in Scotland Yard‚Äô, at the corner of Lady Suffolk‚Äôs‚Äô, ‚ÄėIn Downing Street‚Äô, ‚Äėat the bomb taken at Cadiz‚Äô (the site of the present Guards Division Memorial). This Foot Guards commitment continued until 1898.

British Museum Guard:¬†5 posts: this Guard at Montague House was not relieved by the Metropolitan Police until 31st December 1866 by which time the British Museum had moved to its present location in Bloomsbury.

Savoy Guard:¬†4 posts: this guard was originally on the Savoy Prison but since this building was demolished in 1817 to make way for the building of Waterloo Bridge either this was another case of forgotten sentries or the guard was on the Savoy hulks lying in the river.

Military Asylum Guard:¬†One post on the boys‚Äô playing ground in what became the Duke of York‚Äôs HQ in Chelsea.

York Hospital Guard:¬†4 posts. Founded in 1799 for soldiers invalided from foreign service, this hospital stood at the corner of Grosvenor Place and Hobart Place. The hospital was demolished in 1819.

The change was made for the first time on Tuesday 13th January 1903 when the Guard was supplied by the 2nd Bn. Coldstream Guards who marched from Chelsea Barracks, the band of the regiment playing during the relief of sentries, as at St. James‚Äôs Palace. When neither the King nor Queen is staying at Buckingham Palace the Guard will mount at St. James‚Äôs Palace as heretofore.

The ceremony at St. James‚Äôs Palace continued to be held in Friary Court until 1962, by which time the procedure was that this would be between 1st October and 31st March at weekends and when the Court was out of London, and at Buckingham Palace at other times.¬†