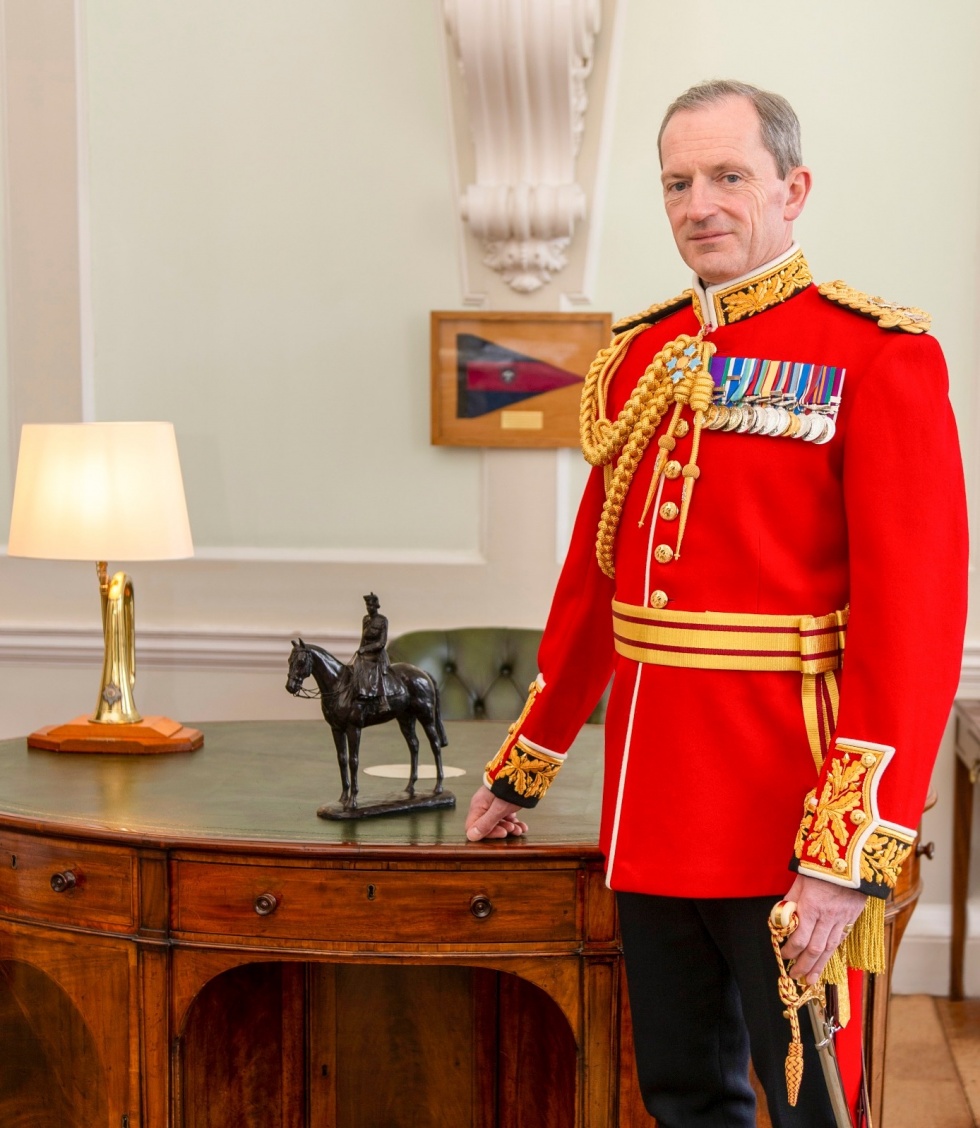 Trooping of the Colour has marked the official birthday of the Sovereign since 1748.The circumstances of the requirement to perform the Birthday Tribute at Windsor Castle this year are clouded in tragedy. The effects of Covid-19 have been devastating in terms of loss of life and the threatening of livelihoods of so many across the country. People have had to endure separation from loved ones, great uncertainty and the suspension of so much of what is special about our national life.

However, it is with great pride that I present this recording of music from a Birthday Tribute to Her Majesty The Queen. It represents an unique opportunity - within the parameters that the current situation demands - for the Household Division to thank Her Majesty for her guidance in these difficult times, and to reaffirm our relationship with the Sovereign.

For the Welsh Guards, this Tribute will be a moment of enormous pride at being able to Troop their Colour in the presence of Her Majesty. The Battalion and many of those on parade have recently been deployed within the United Kingdom as part of the nation‚Äôs response to the virus and so the context of the ceremony is particularly poignant.

The pieces of music themselves are truly uplifting and I believe represent the best of what the Household Division Bands have to offer. ‚ÄúThe Rising of the Lark‚Äù, ‚ÄúLes Huguenots‚Äù and ‚ÄúMen of Harlech‚Äù are some of most recognisable pieces that evoke the intended spirit of the tribute and the involvement of the Welsh Guards.

History of the Household Division

The Household Division of the British Army comprises the two Mounted Regiments of the Household Cavalry: The Life Guards and The Blues and Royals, and the five Regiments of Foot Guards: the Grenadier Guards, Coldstream Guards, Scots Guards, Irish Guards and Welsh Guards. The King‚Äôs Troop, Royal Horse Artillery are Household Troops of Her Majesty The Queen.

Each regiment has a distinguished service record that extends back across generations.The Guards trace their earliest roots back to the 17th Century and the forces raised by Charles II in exile or to those who fought for Parliament in the English Civil War.

Guards Regiments have served continuously as the Sovereign‚Äôs personal guard since the Restoration of King Charles II in 1660 and have participated in every major campaign conducted by the British Army ever since.

Members of the Household Division continue to serve both on operations and on ceremonial duties in London.