Band of the Household Cavalry

The Band of the Household Cavalry was formed in September 2014 by the union of The Band of The Life Guards with The Band of The Blues and Royals, the two mounted bands of the British Army. With over sixty musicians, the band is now the largest regular military band in the UK.

The history of The Life Guards began in 1659 at the court of the exiled King Charles II in Holland when a number of royalist gentlemen led by Lord Gerrard of Brandon formed themselves into the Kingâ€™s Life Guard. From the outset music held an important role in regimental life â€“ it is recorded that as early as 1660 the regiment was preceded by its own mounted kettledrummer and four trumpeters. By 1822 the regiment had a band of twenty consisting primarily of trumpeters but also French horns and hautbois (oboes). In 1831 King William IV presented both the 1st and 2nd Life Guards with a pair of silver kettledrums which are still in use today and feature in The Queen's Birthday Parade every year. 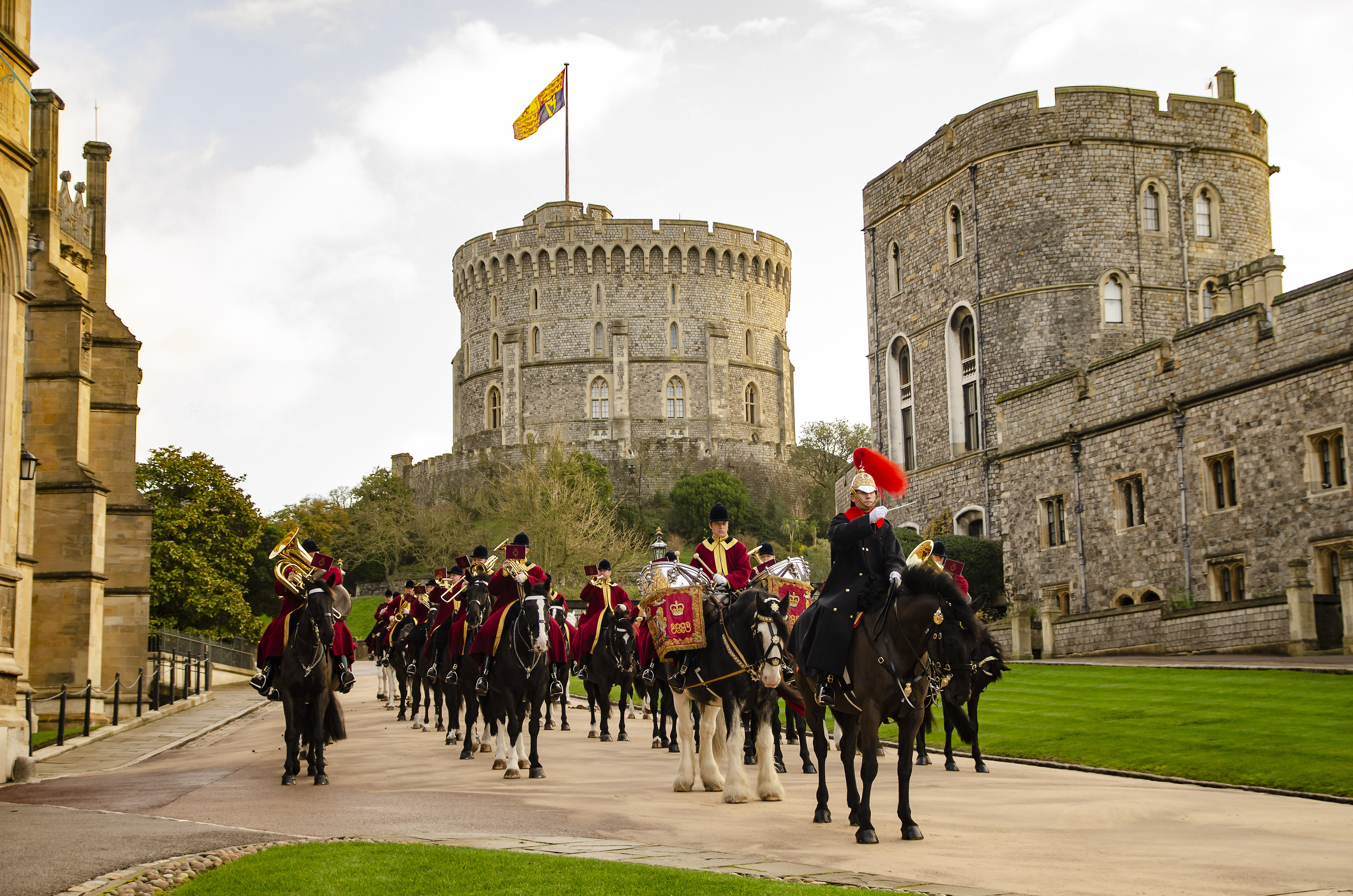 The Royal Horse Guards (the â€˜Bluesâ€™) formed in 1661 from members of the disbanded cavalry of Cromwellâ€™s New Model Army and became known as â€˜The Oxford Bluesâ€™, in reference to their first Colonel, the Earl of Oxford, and to their blue tunics. From its formation, the regiment had kettledrummers and trumpeters, as did the Royal Dragoons (1st Dragoons) who were also raised in 1661 as â€˜The Tangier Horseâ€™ to guard the North African town gifted to the crown.

By 1702 The Tangier Horse had changed to a Dragoon Regiment and had a band comprising eight drummers and eight hautbois (oboes). In 1805 King George III personally presented a pair of solid-silver Kettledrums to the Royal Horse Guards as â€˜testimony to their honorable and military conduct on all occasionsâ€™. These kettledrums continue to be used today and are carried by the Drum Horse on the Queenâ€™s Birthday Parade. In 1969 the Royal Horse Guards (Blues) amalgamated with the 1st Royal Dragoons (The Royals) to become the Blues and Royals (RHG/D). 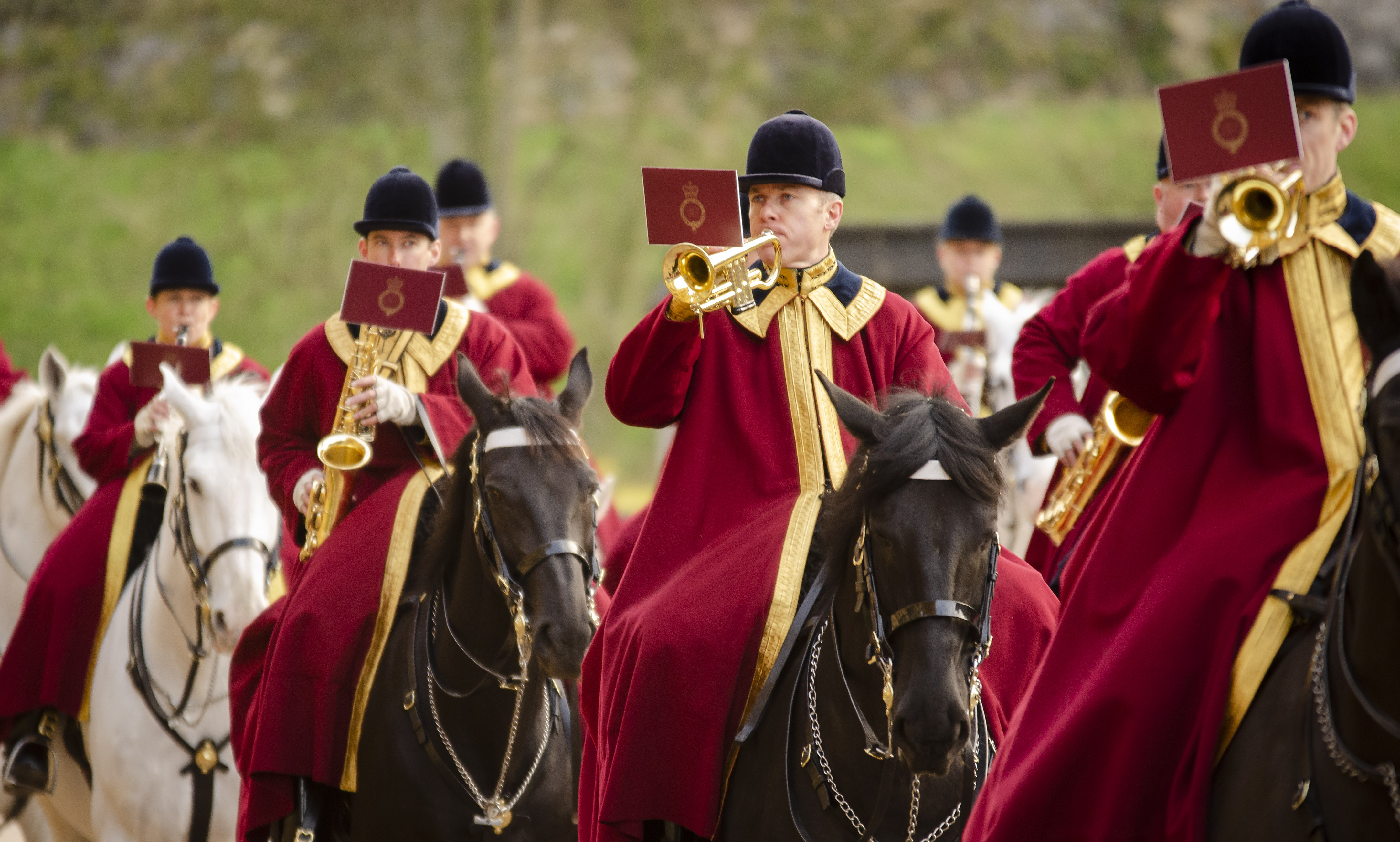 Whilst the musicians are drawn from British Army Music, the State Trumpeters remain under the direct command of the Royal Household. Both the distinctive red (Life Guards) and blue (Blues and Royals) tunics are worn by the Household Cavalry Band when on parade. In the presence of either senior royalty or the Lord Mayor of London the band wears the distinctive Gold Coats and blue jockey caps (State Dress). State Dress is the oldest continually worn uniform in the Army; purchased by The Lord Mayor of London for the restoration of King Charles II 1660.

The Band of the Household Cavalry -Â September 2021

Lance Corporal of Horse A Swindles

Corporal of Horse A Kitchen (Principal)

Corporal of Horse B Ryall