The Countess of Wessex's String Orchestra

The Countess of Wessex's String Orchestra 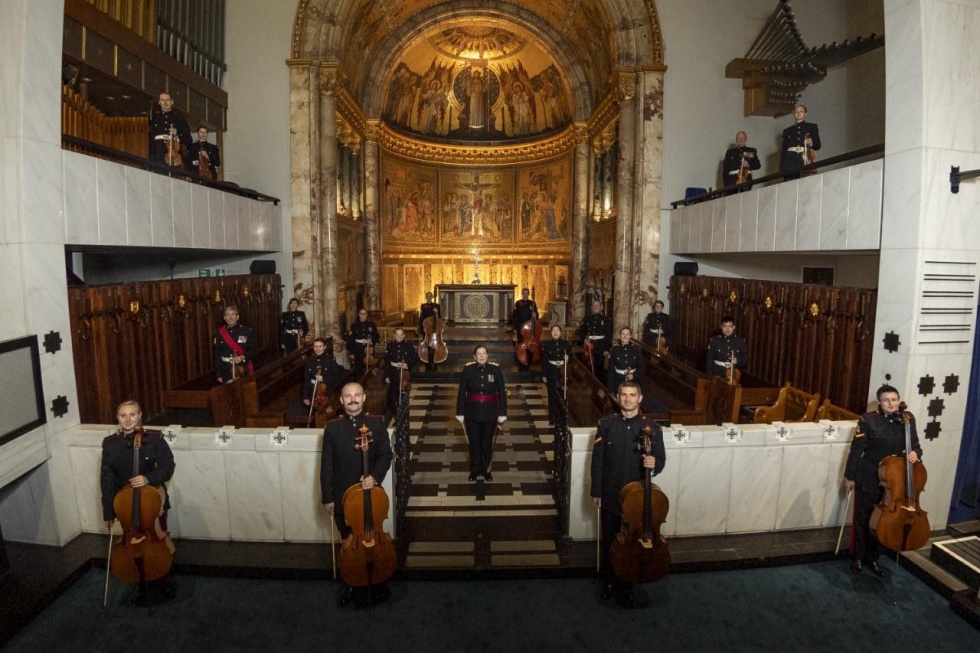 The Countess of Wessex‚Äôs String Orchestra (CWSO) was formed in 2014. Over the last six years the orchestra has built a strong reputation, has doubled in numbers since its inception and has performed at a wide variety of events.¬†

Early in 2020, The CWSO has had a busy few months ahead of the Covid-19 restrictions, including performances in the Guards‚Äô Chapel, Regent Hall and Charlton House and it provided musical support for State Ceremonial events, Investitures and Guards‚Äô Chapel services.¬†

When the United Kingdom went into ‚ÄėLockdown‚Äô, the orchestra faced the challenge of having to change its working practices to adapt to the UK Government Guidelines.¬† ¬†

In May 2020, The CWSO, as part of The Orchestra of the Household Division, took part in the BBC broadcast to mark the 75th anniversary of VE Day, which was filmed in The Quadrangle of Buckingham Palace.

Over the Summer months, virtual performances were given by The CWSO to support the Guards‚Äô Chapel podcast services and also an event to mark the Official Birthday of Her Majesty The Queen at the British Embassy in Belgrade.¬†

In June 2020, Lance Corporal Calef and Sergeant Hart were the winners of a 'Urban Beat' music competition in which they collaborated virtually with young musicians in a Sky TV production.

On 15 August 2020, the musicians of The CWSO has performed as part of the Orchestra of the Household Division in a BBC broadcast to mark the 75th anniversary of VJ Day, which was filmed on Horse Guards Parade, Whitehall.¬†