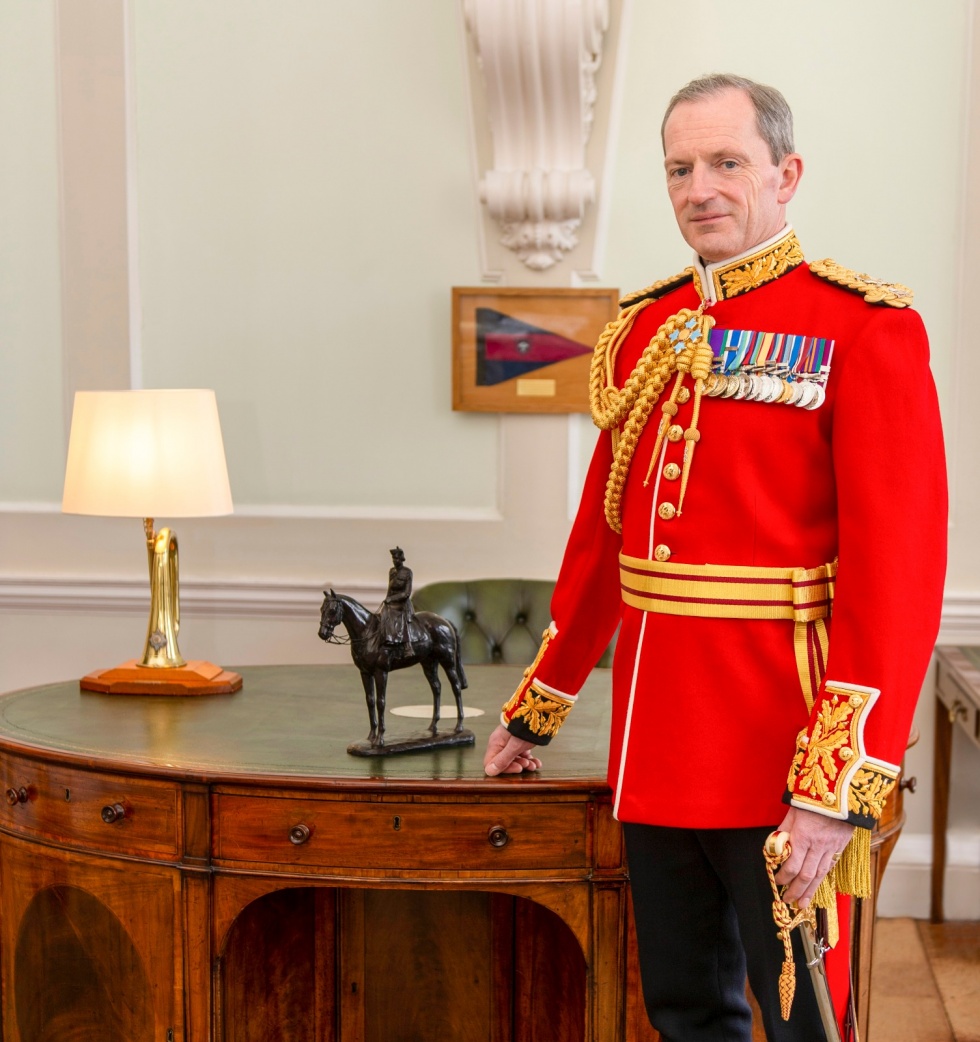 I would like to welcome you to Horse Guards this morning to watch Trooping the Colour. It is a very significant day for all those involved, but particularly for the 1st Battalion Irish Guards who are returning to Horse Guards for the first time since 2017 and are trooping the Colour presented to them on 17th May by HRH The Duke of Cambridge. This is also the first Birthday Parade to be held on Horse Guards since 2019 due to the restrictions of the COVID-19 pandemic. This marks the longest gap in the Birthday Parade on Horse Guards since the parade was re-started after the Second World War. Although unable to parade on Horse Guards, the Household Division marked The Queen‚Äôs official birthday with two smaller parades at Windsor Castle in 2020 and 2021.

Most significantly, however, the parade is taking place in Her Majesty The Queen‚Äôs Platinum Jubilee year. The parade initiates a weekend of national and international celebrations and will form one of the centrepieces which mark The Queen‚Äôs 70 years of duty, service and example on the throne.

Since the last Birthday Parade on Horse Guards, the Household Division has been remarkably busy. The Household Cavalry has deployed to the Balkans, and more recently to the Baltic States as part of the response to the ongoing war in Ukraine. The Grenadier Guards have exercised in Kenya, while the Coldstream Guards, who provide Number Six Guard and the street liners for today‚Äôs parade, have deployed to the Falklands and Iraq. In the last year, the Scots Guards have deployed to Belize, the Balkans and are preparing to send elements to join the British presence in the Baltic States. The Irish Guards, who are taking a central role today, have exercised in the United States and conducted operational deployments to Iraq and South Sudan while the Welsh Guards have been the main contributor to anti-poaching operations in Malawi also contributing to the NATO mission in Iraq. Joining them all on parade are the King‚Äôs Troop Royal Horse Artillery, who have already contributed so successfully to the Platinum Jubilee celebrations this year. They play a key role in performing mounted ceremonial duties such as gun salutes to mark major royal anniversaries. All those on parade also played their part in the response to the COVID pandemic since the start of military assistance to the civil authority in 2020. This underlines that the troops on parade are combat-trained troops who are fully involved in all the Army‚Äôs commitments as well as being first-rate, ceremonial soldiers.

The Massed Bands form a key part of the parade, and the music is chosen after careful deliberation. This year the music will celebrate both the Platinum Jubilee, and there will be a notable Irish influence to reflect the Irish Guards trooping their Colour. The bands are commanded by Lieutenant Colonel Simon Haw and the Director of Music of the Band of the Irish Guards is Captain Neil Skipper. The bands comprise highly experienced and talented musicians who are able to play whilst marching or mounted. They perform around the world in a wide variety of concerts and shows and are not limited to military music. Many of those on parade today will also be performing at other events this weekend such as the Platinum Jubilee concert at Buckingham Palace.

Every individual taking part in Trooping the Colour this year is privileged to be part of this central event during the Platinum Jubilee. I hope that you enjoy the spectacle and reflect on the professionalism of all those taking part.