Her Majesty The Queen's Birthday Parade 2021

All Guardsman start off at the Guards Training Company at the Infantry Training Centre, Catterick. Here, they complete the Combat Infantryman‚Äôs Course. Training is progressive, starting at the basic level and slowly building up both physically and mentally. Skills which may seem hard to master at the beginning are overcome through excellent instruction and coaching by the Guards Training Company staff all of whom have undergone the same training. All new Grenadier, Coldstream and Scots Guardsmen then spend time in either Nijmegen, Number 7 or F Companies, developing themselves as light infantry soldiers, spending 8 to 12 months in Wellington Barracks conducting State Ceremonial and Public Duties before moving onto their Battalions in Aldershot or Windsor. The average age of the guardsmen taking part today is 20 and, for a high percentage of the guardsmen, this will be their first Trooping the Colour.

Nijmegen Company‚Äôs story for the past year has been one of seizing opportunities. with the Company completing a summer exercise before being compelled to cancel a Winter exercise, but able to enjoy a run out with the Battalion in snowy conditions in the new year. It was also able to celebrate Christmas Day among friends as much of the country endured a ‚Äòcancelled Christmas‚Äô. All this was borne with characteristic good humour and determination.

In July, the Company deployed to Brecon for exercise and a range package which saw new Guardsmen, having just passed out of Catterick, put through a gruelling and, ultimately rewarding, patrols competition. The young Guardsmen rose to the challenge and completed it in high spirits, a credit to the new generation of soldiers who join the Company.

Two Guards of Honours in the past year have also been high points for the Company. The first, for the Lebanese Chief of the Defence Staff, and the second for the Ukrainian Minister of Defence. These events are great opportunities for those on parade to be part of State Visit and show off the Regiment to the world, a task the young Guardsmen take great pride in. 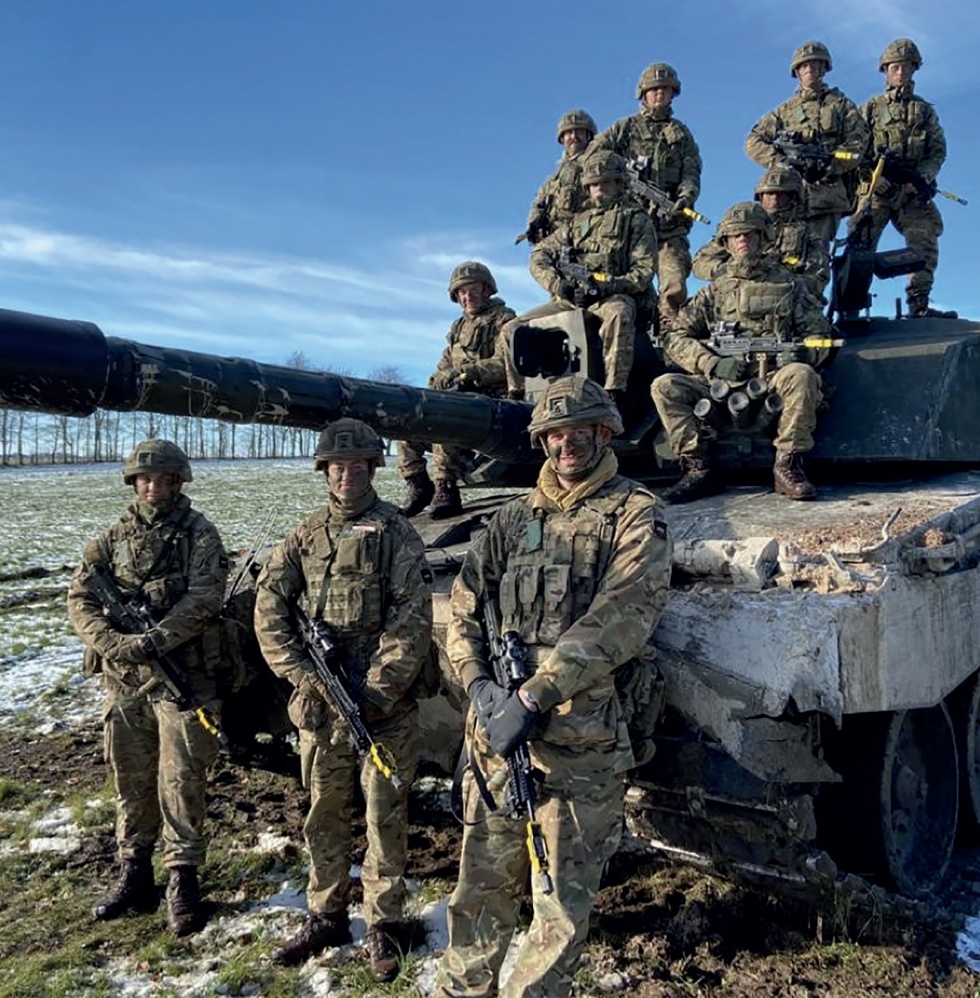 Nijmegen Company on exercise with a Challenger 2 in Sennybridge, Wales.

Since December, Nijmegen Company have manned Windsor Castle and Queen‚Äôs Guard, with Company Officers playing Father Christmas and delivering them to the Guardsmen on Christmas Day. The Guardrooms also received visits from the Major General and Regimental Lieutenant Colonel who enjoyed a distanced cup of tea and chat with Guardsmen outside in wintry conditions.

Opportunities have been limited in the past year, however, Nijmegen Company has sought to take advantage of any that have arisen. One such example is the participation of a number of Guardsmen and Officers in P-Company, a challenging physical selection process to enable those who complete it to operate with the Parachute Regiment. Nijmegen Company have taken a leading role in getting young, able Guardsmen to complete it and more and more are showing promise and motivation to join.

As we moved out of lockdown in March, the Company was able to get their hands on pistols, sharpshooters and GPMGs for range weeks down in Pirbright to further the development of the young Guardsmen. This was followed by another shift back to Ceremonial training in preparation for the Major General‚Äôs Inspection, carried out to ensure that units are prepared for Ceremonial duties in the summer. Nijmegen Company set the highest of standards and passed with flying colours. 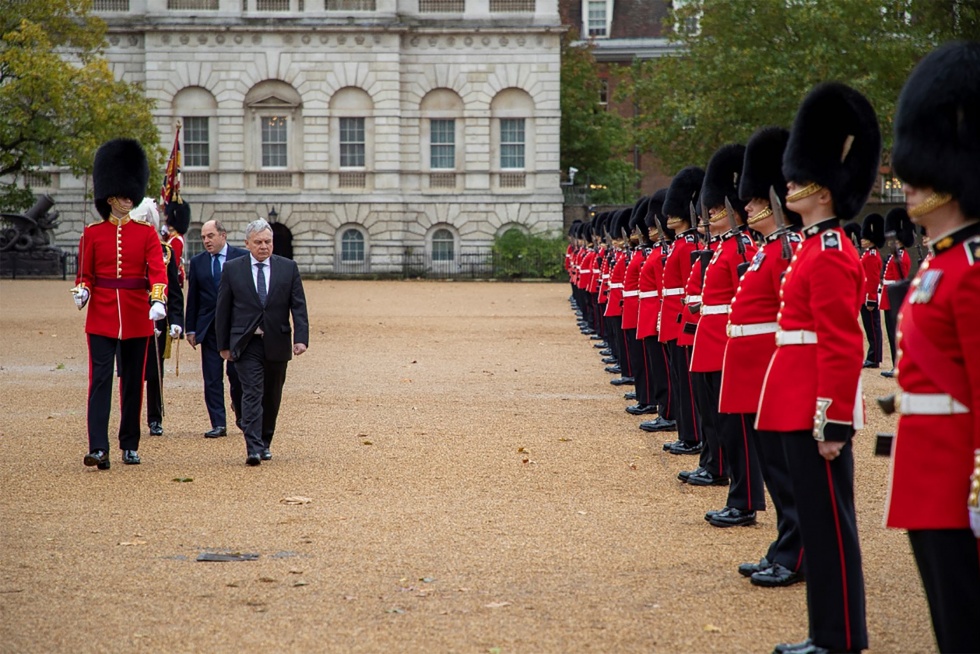 Number 7 Company have enjoyed a strange build-up to this years Queen‚Äôs Birthday Parade. State Ceremonial and Public Duties have continued, but not as normal, allowing the company to enjoy much more time on dry and live training exercises and on the ranges, continually preparing the constant flow of new Guardsmen for the future. The company continues to support the Metropolitan and City of London Police remaining at high readiness and ensuring that other units taking part in Public Duties meet the required standard. 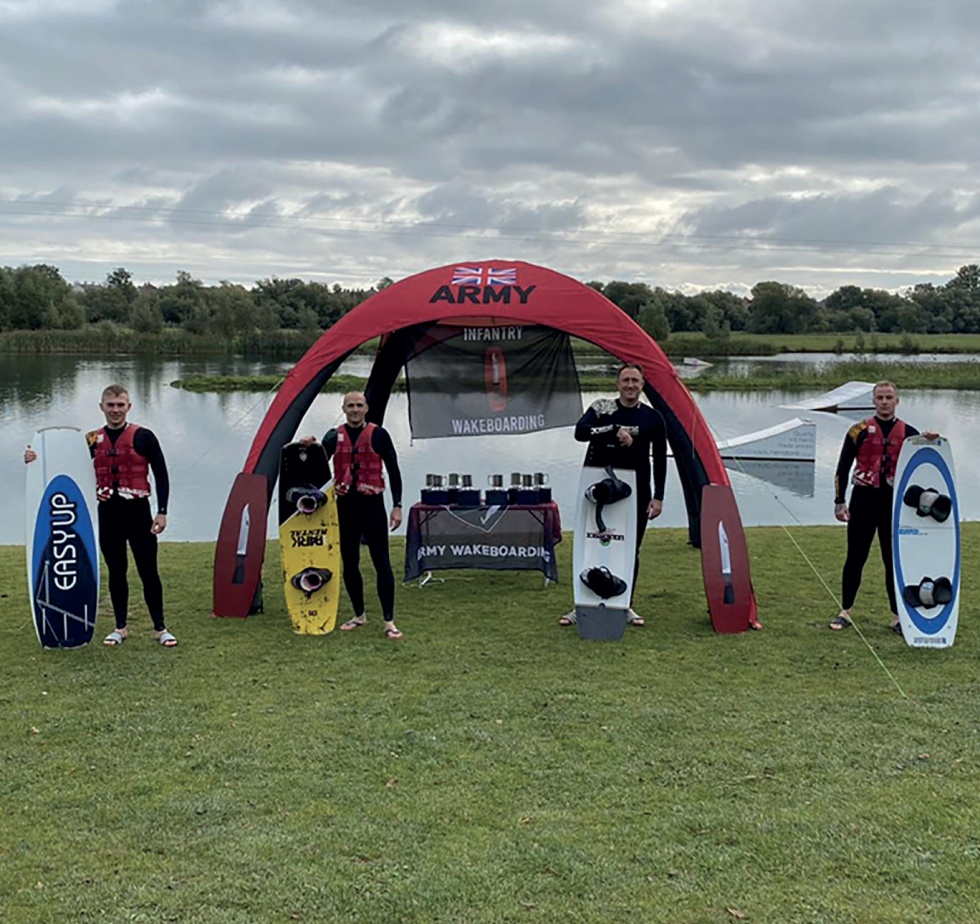 All members of the company are encouraged to take part in as much adventure training as possible, this year seeing surfing, sailing and wakeboarding coming to the fore. Members of the company supported local communities by volunteering throughout the pandemic and raised funds for Exeter City Council. As this year has been curtailed the future has been packed with as much excitement as adventure as possible with multiple overseas events.

Maintaining the customs and traditions of the 2nd Battalion Scots Guards since 1994, F Company, nicknamed the Immortals following the actions of the ‚ÄòImmortal Eighty‚Äô at the Battle of Festubert on 15 May 1915, are fiercely proud of our reputation and heritage borne of 379 years‚Äô service to the Sovereign. On this day 39 years ago, our forebears in the 2nd Battalion Scots Guards were preparing to assault Mount Tumbledown, in the Falklands. Two sons of Scots Guardsmen (Lance Corporals Gillanders and Forrester) who are present on Parade today fought in that battle. F Company currently takes soldiers fresh out of basic training at the Infantry Training Centre, Catterick and polishes them, getting them ready to be posted to our parent battalion, 1st Battalion Scots Guards, the Foot Guards‚Äô only Battalion in the British Army‚Äôs Warfighting Division. All of the soldiers currently deployed across the world with the 1st Battalion will have served in F Company. 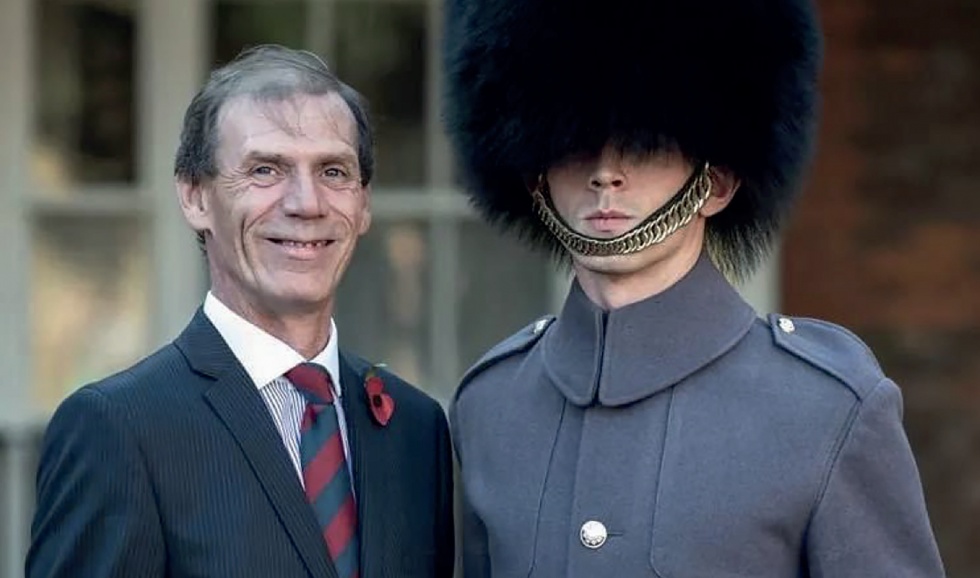 Lance Corporal Gilanders and his Father

In the last year, F Company has continued to deliver excellence despite the effects of the pandemic, managing the risks to our people and their families while continuing to strive for perfection. The company has deployed on a number of UK exercises to keep battle ready, while in partnership with our sister companies in Wellington Barracks, maintaining the permanent presence at the Royal Palaces, providing familiar constancy in a year which otherwise has seen so much change. Also, the Company took centre stage while representing the army at the National Remembrance Service at the Cenotaph in November, a sombre reminder of the sacrifices made by our brothers and sisters at arms, but also in this year, those made by the nation as a whole. Due to high recruiting numbers, every Guardsman on parade today has arrived in F Company since the start of the pandemic, with a large proportion joining us since the beginning of 2021. For many, this will be their first major parade. Alongside them are the Officers and Non-Commissioned Officers, some recently returned from operations, with others having served in numerous theatres able to guide our fresh trained soldiers with their operational experience. Following the parade, F Company will deploy to Edinburgh to conduct duties at Holyrood in support of Royal Week, emphasising our link to the Union being both a Household and Scottish Regiment.