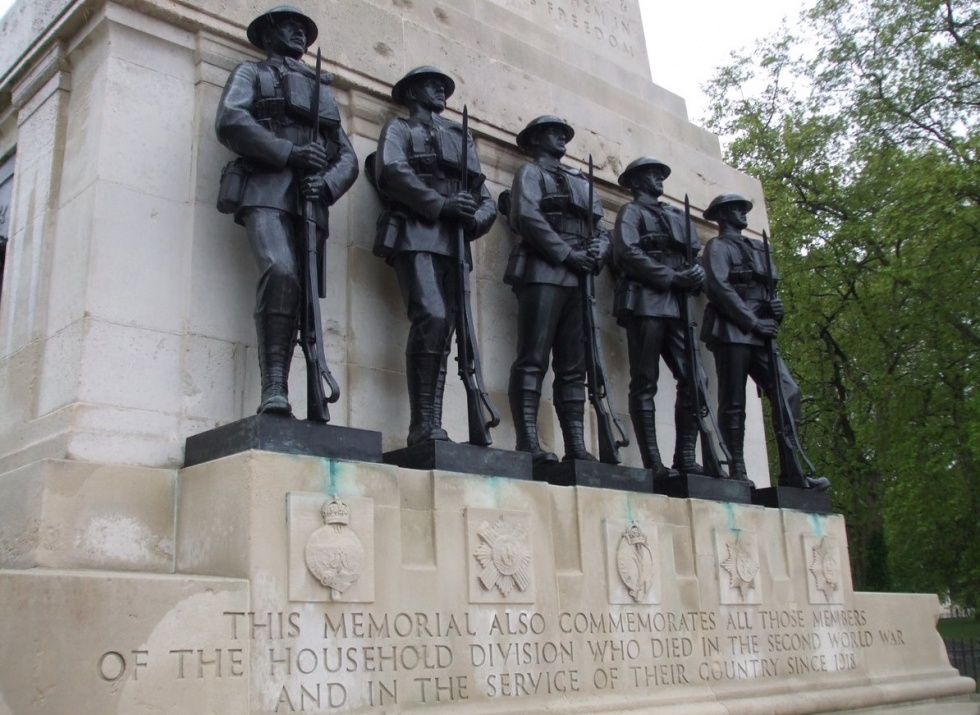 The Guards Division War Mememoral commemorates the war dead from theÂ Guards DivisionÂ and related units during theÂ First World War, and of theÂ Household DivisionÂ in theÂ Second World WarÂ and other conflicts since 1918.Â

Plans for a Veterans' Day were announced in February 2006 by then-Chancellor of the Exchequer,Â Gordon Brown, who said the aim was to ensure the contribution of veterans was never forgotten. The day is marked across the UK by local ceremonies and the presentation of medals to living ex-servicemen and women. The date of 27 June was chosen as it came the day after the anniversary of the first investiture of theÂ Victoria Cross, inÂ Hyde Park, London in 1857.

Veterans' Day was created as a permanent extension of Veterans' Awareness Week first held in 2005. Armed Forces Day generally focuses on celebrating living current/ex servicemen & women, whereas Remembrance Day focuses on honouring the dead. Although it used to be called Veterans' Day in the UK, it is not the same as the United States'Â Veterans DayÂ which is more similar toÂ Remembrance DayÂ in TheÂ Commonwealth.

On 25 June 2007Â Jim Devine, the Member of Parliament forÂ Livingston, tabled aÂ House of CommonsÂ Early Day MotionÂ calling for the day to be a public holiday, stating "that this House recognises the outstanding contribution that veterans have made to the country; and believes that Veterans' Day should be a national public holiday across the United Kingdom."

2008 - Main parades in Blackpool and London

2020 - Main parades scheduled in Scarborough -Â Unfortunately due to the coronavirus outbreak, this years Armed Forces Day National Event has been cancelled.