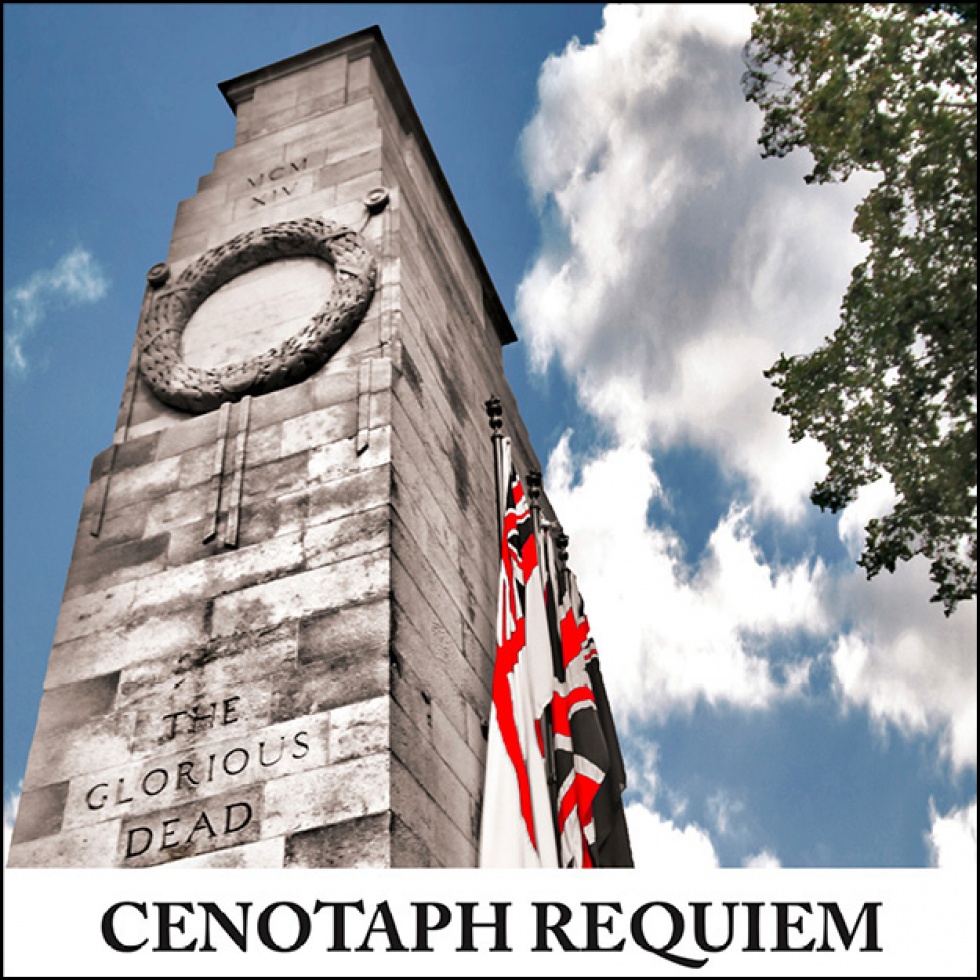 On 11th November 2020¬†State Ceremonial Music of the Household Division released the World Premiere Recording of Cenotaph Requiem,¬†to commemorate the Centenary of the unveiling of The Cenotaph and the burial of The Unknown Soldier in Westminster Abbey¬†on 11th November 1920.

100% of proceeds of sales of the recording of Cenotaph Requiem are being donated to the following Service Charities:

This week, each day one of the five Service Charities benefiting from the sales of¬†
Cenotaph Requiem Recording will be featured here.¬†

On behalf of the Corps of Army Music Trust one of the Trustees,¬† Doctor Marc van Grondelle reflects on Cenotaph Requiem composed by Lieutenant Colonel Simon Haw MBE: "Cenotaph is one of the most remarkable, and beautiful, compositions to come out of Britain in recent decades. It is both emotionally moving, and musically delightful. Written in the style of the famous and promising composers who lost their lives in the Great War, it is a fitting monument to a generation. The work is themed around key battles on land and sea, and paints a vivid picture of these through music. ¬†Apart from its historical context, the work is a delight to listen to in its own right. A quintessentially British composition: simple, beautiful, and quietly nostalgic. A triumph!‚Äô‚Äô

There are currently 14 bands which are part of the Corp of Army Music (CAMUS):

To find out more about The Corps of Army Music¬†click here.

To find out more about the British Army click here.

With every CD sold of Cenotaph Requiem 100% proceeds is being donated to this Charity and four others.¬†Check back tomorrow to find out about the work of the¬†Royal British Legion.

Combat Stress are the UK‚Äôs leading charity for veterans‚Äô mental health.¬†For over a century, They‚Äôve helped former servicemen¬†and women with mental health problems such as post-traumatic stress disorder (PTSD), anxiety and depression.¬†Today they provide specialist treatment and support for veterans from every service and conflict, focusing on those with complex mental health issues.¬†

Robert Marsh, Director of Fundraising at Combat Stress, said: ‚ÄúWe are extremely grateful to the Household Division Bands for their support for veterans‚Äô mental health through the release of their remarkable album ‚ÄėCenotaph Requiem‚Äô. Made to honour the bravery and sacrifice of our nation‚Äôs Armed Forces personnel, it is fitting therefore that the proceeds of the album will support the military community, and help us to continue providing life-changing treatment to those veterans in need of help.‚ÄĚ

To find out more about the work of the Combat Stress¬†click here.

With every CD sold of Cenotaph Requiem 100% proceeds is being donated to this Charity and four others. Check back tomorrow when we will focus on the work of the CAMUS Trust.

ABF The Soldiers‚Äô Charity supports 70,000 people in around 60 countries each year. They do this by awarding grants to individuals and families, and providing essential funding to around 90 charities and organisations that support the Army family.¬†When they hear of a person or family in need, they aim to respond within 48 hours.

Their vision is ‚ÄėAll soldiers, veterans and their immediate families should have the opportunity to avoid hardship and enjoy independence and dignity.‚Äô

The overall scale, breadth and range of their support is vast. They help very young serving families cope with a sudden bereavement or traumatic loss. They provide wide-ranging support to wounded soldiers, many of whom will need increasing financial assistance for decades to come. They provide help with housing, education and training for employment for soldiers and veterans of all ages. They are there for older veterans and their widows or widowers when they find themselves lonely or isolated.

Brigadier (Ret‚Äôd) Robin Bacon, Chief of Staff at ABF The Soldiers‚Äô Charity,¬†said:¬†"We are delighted to be amongst the service charities selected by The Household Division to benefit from its beautiful Cenotaph Requiem. This year has presented many challenges, but it is wonderful to see the British Army bringing people together through music and supporting the Army family during these difficult times."

With every CD sold of Cenotaph Requiem 100% proceeds is being donated to this Charity and four others. Check back tomorrow when we will focus on the work of¬†Combat Stress. 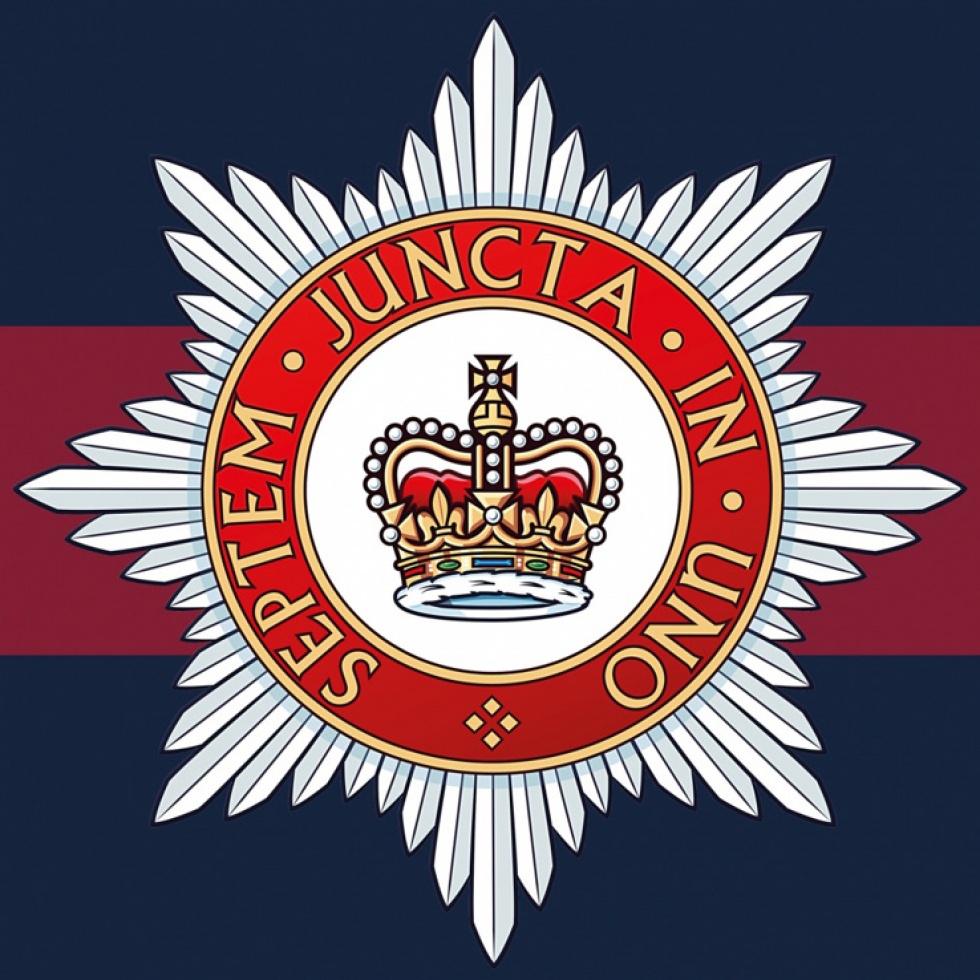 On Saturday 20 November 2020 a new and unique music library has been launched as a Gift to The Nation.¬†¬†

Recordings of music performed by the State Ceremonial Musicians of the Household Division have been curated into a¬†Free Download Music Library¬†of tracks which are freely available to all.¬†

These tracks can be downloaded for use for any occasion,¬†
but for strictly non-commercial purposes.¬†