The Queen and The Commonwealth 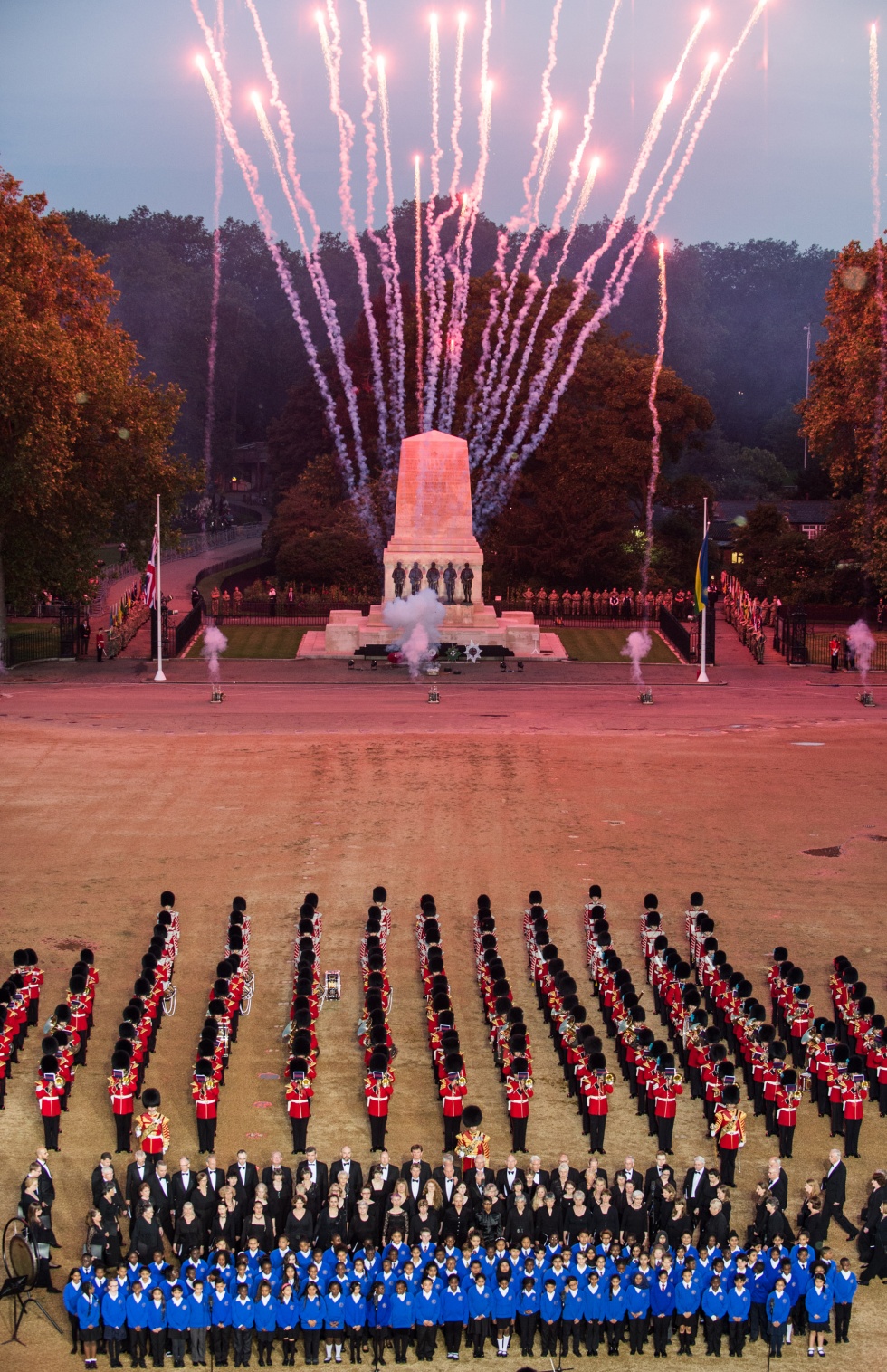 The Massed Bands of the Household Division

The Massed Bands of the Household Division have a long and prestigious history; the bands are an iconic part of British national heritage.

The State Ceremonial Musicians can be routinely seen performing music for the Changing of the Guard ceremony at all the Royal Palaces and Castles, State Visits and Guards of Honour, moments of National Celebration, as well as moments of Nation Commemoration and Remembrance.

Resplendent in red tunics and bearskin caps of the Foot Guards, or the State Dress of the Household Cavalry, the Bands of the Household Division provide the very finest, most stirring and moving performances of music.

Drawn from the Royal Corps of Army Music, the State Ceremonial Musicians of the Household Division each serve in either one of 7 Regimental Bands: Grenadiers, Coldstream, Scots, Irish and Welsh Guards of the Foot Guards Bands, the Household Cavalry Band, which includes musicians of both the Life Guards and Blues and Royals, or the Countess of Wessex‚Äôs String Orchestra.

The State Ceremonial Musicians of the Bands of the Household Division, work persistently to uphold that reputation of excellence and in the service of Her Majesty The Queen.

Captain B S Mason - Band of the Grenadier Guards

Major A Williams - Band of the Scots Guards

Through its Pan-Commonwealth music education activities and its unique Platinum Jubilee Legacy Initiative - The Commonwealth Music Academy - CYO creates fully-funded opportunities for music engagement, performances and recordings with members of choirs, orchestras and music schools across all 54 Nations.

Since 2016, the ground-breaking collaboration of the Commonwealth Youth Orchestra and Choir and the Bands of the Household Division has been an exciting and innovative, international music engagement, which has produced numerous performances, recordings and workshops, involving thousands of young singers and instrumentalists. Over this 8-year period, many new compositions have been especially composed by Lieutenant Colonel Simon Haw MBE, and also more recently by Lieutenant Colonel Craig Hallatt, Principal Director of Music of the Royal Corps of Army Music, to support this extraordinary and impactful music collaboration.