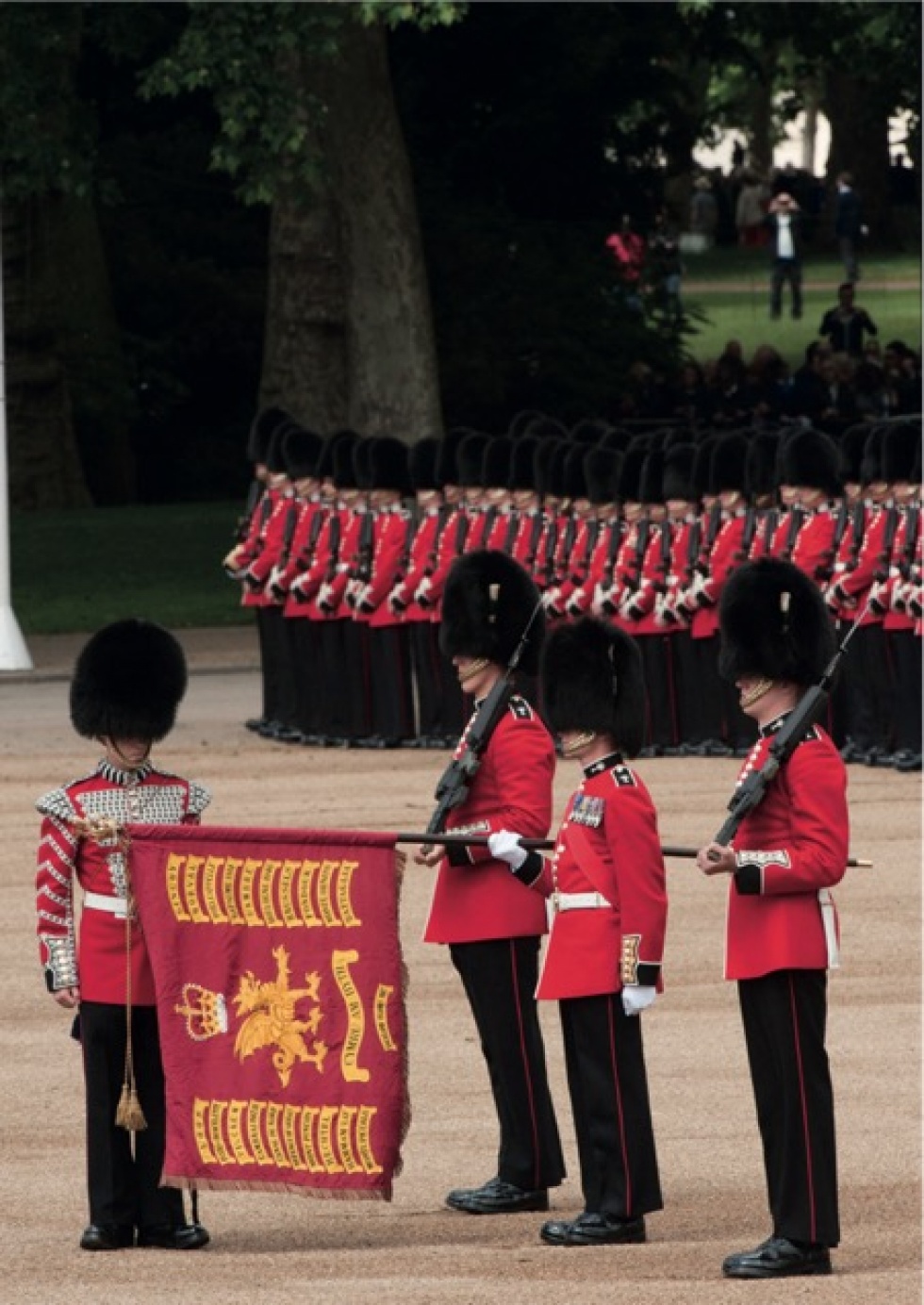 The word ‚ÄòColour‚Äô refers to the regimental flags of the British Infantry. Flags have been used as rallying points for military units since the time of the Kings of Babylon. In 1707, during Queen Anne‚Äôs reign, the number of Colours was reduced to two per regiment. Colours were last carried into action by the 58th Foot in South Africa in 1881. Up until that time they witnessed all the varying fortunes of their Regiment and were often torn by enemy fire, acquiring an almost religious significance.

The Queen‚Äôs Colour on parade today was presented to 1st Battalion Welsh Guards by Her Majesty The Queen at Windsor Castle on 30 April 2015, which was also the Regiment‚Äôs Centenary year.