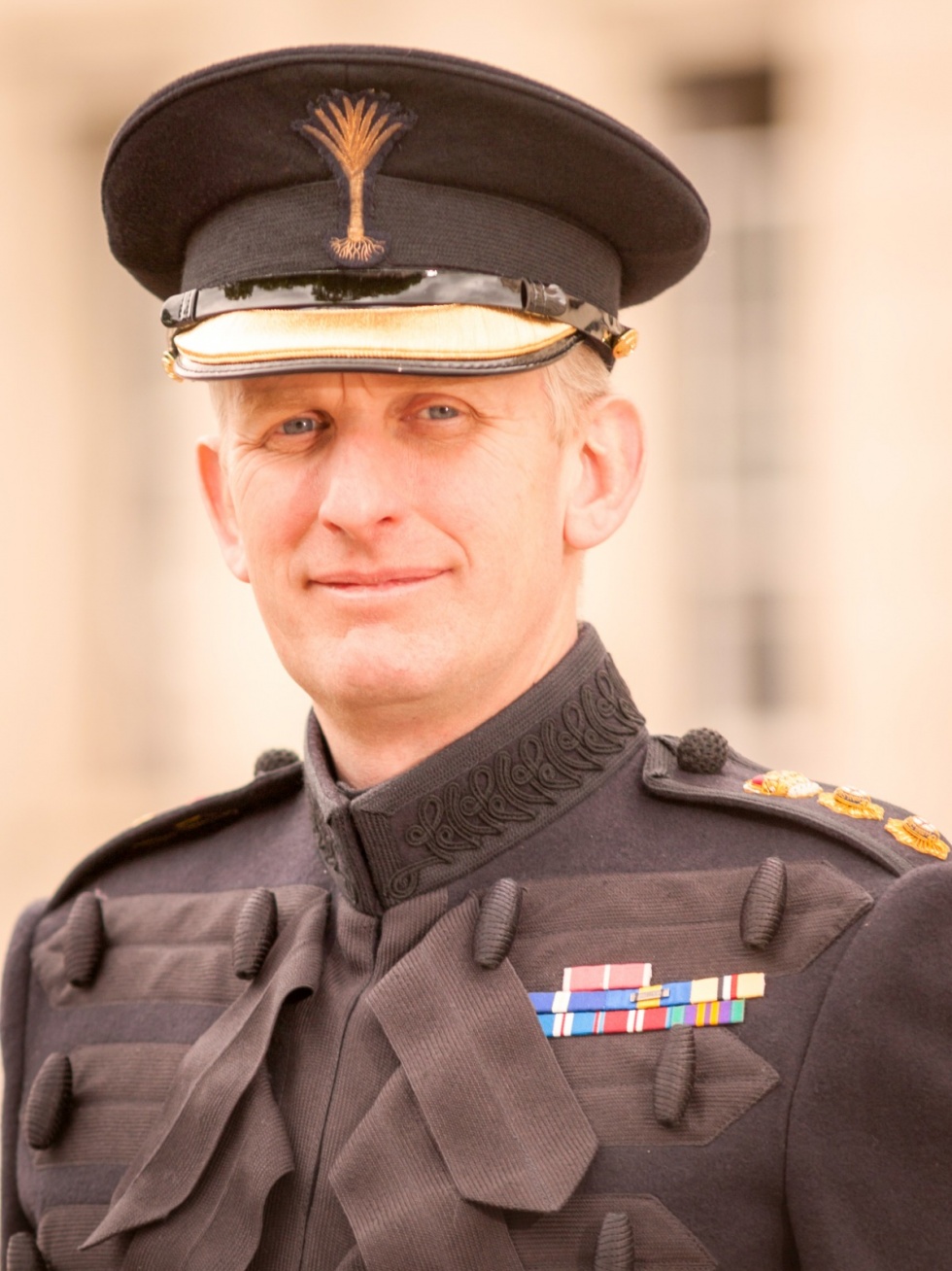 This year is a historic year in so many ways; the traditional calendar of events across the UK has been interrupted, postponed or cancelled. For us as Welsh Guardsmen the Covid-19 measures have prevented us from Trooping our Colour on Horse Guards to mark the Queen‚Äôs Official Birthday on 13th June. However, some events must be marked whatever the prevailing circumstances and we are honoured to be able to mark this very special day at Windsor Castle to pay tribute to Her Majesty.

In 2015, during our Centenary year, Her Majesty presented new Colours to the Regiment at Windsor Castle.The Queen‚Äôs Colour is on parade today back in the Quadrangle. The Welsh Guards were the last Regiment of Foot Guards to be formed in 1915 and since then we have fought in almost every major campaign the British Army has been engaged in. This includes both World Wars, Aden and Egypt in the late 40‚Äôs and 50‚Äôs as well as¬†Northern Ireland, Kosovo,¬†Bosnia¬†and more¬†recently Iraq and Afghanistan.The Regiment has earned 47 battle Honours including our last, the Falklands‚Äô Campaign in 1982. A total of 21 of those Battle Honours are borne on our Colours.

The motto of our Regiment is ‚ÄúCYMRU AM BYTH‚ÄĚ which in English translates to ‚ÄúWALES FOR EVER‚ÄĚ. Our Regimental cap badge is the leek, the national emblem of Wales. Our Regiment is almost entirely recruited from Wales which gives us a very special identity which is embedded with Welsh spirit and culture. We look to the future with confidence and are proud to be on parade today for our Colonel-in-Chief. 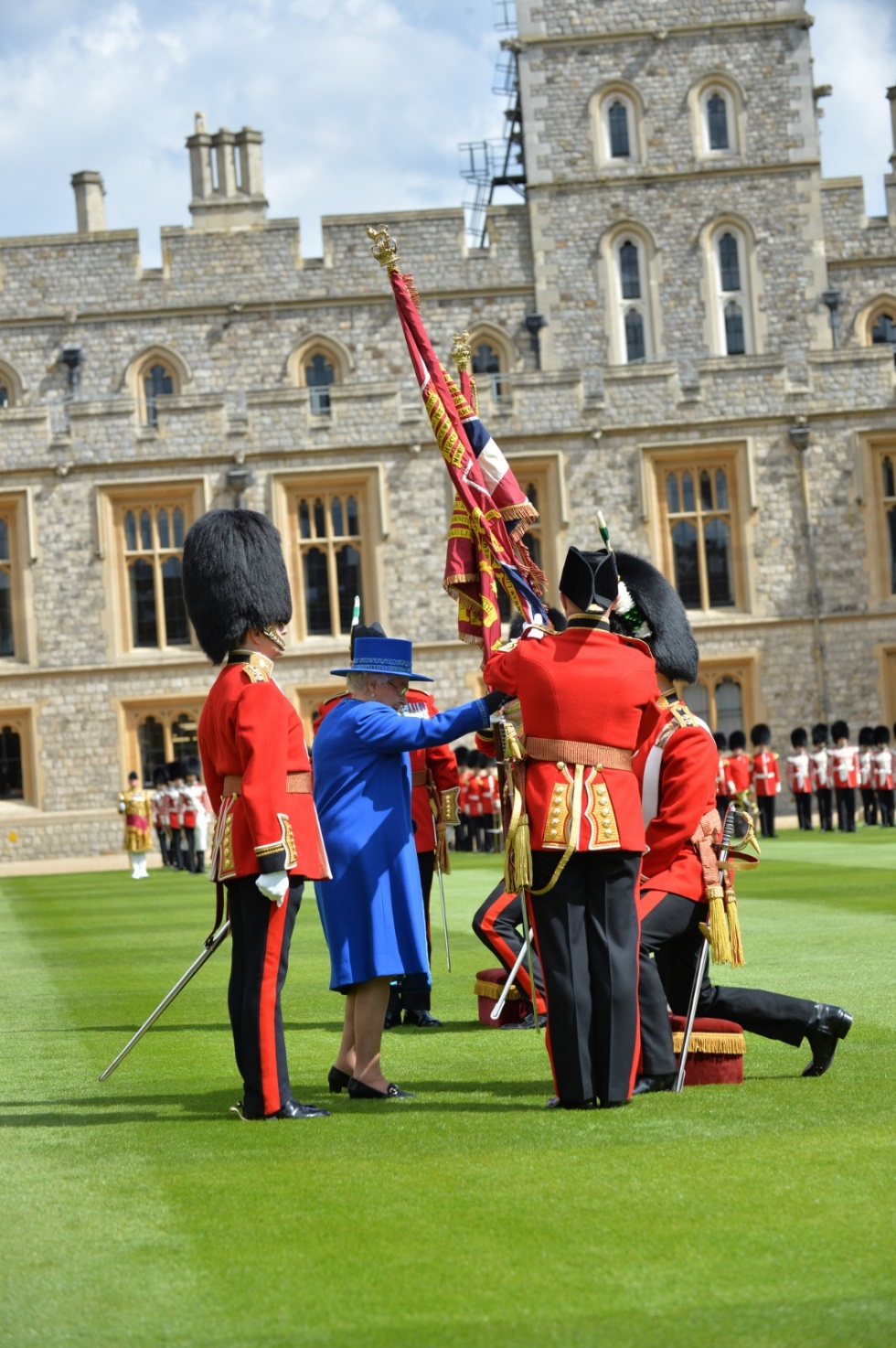 The Battalion returned to its ceremonial role in March 2019. Since then it has been heavily involved in all aspects of State Ceremonial and Public Duties. Guards at the Royal Palaces and the Tower of London see members of the Welsh Guards routinely on parade.

Through the course of 2019, the Battalion was at the centre of all major State Events including the celebration of the 75th Anniversary of D-Day, State Visits by foreign heads of State, the State Opening of Parliament and street-lining The Mall¬† for Her Majesty The Queen‚Äôs Birthday Parade.

Saturday 13th of June 2020 marks the 11th occasion that the Battalion is formally involved in a State Celebration of Her Majesty‚Äôs Birthday Parade. 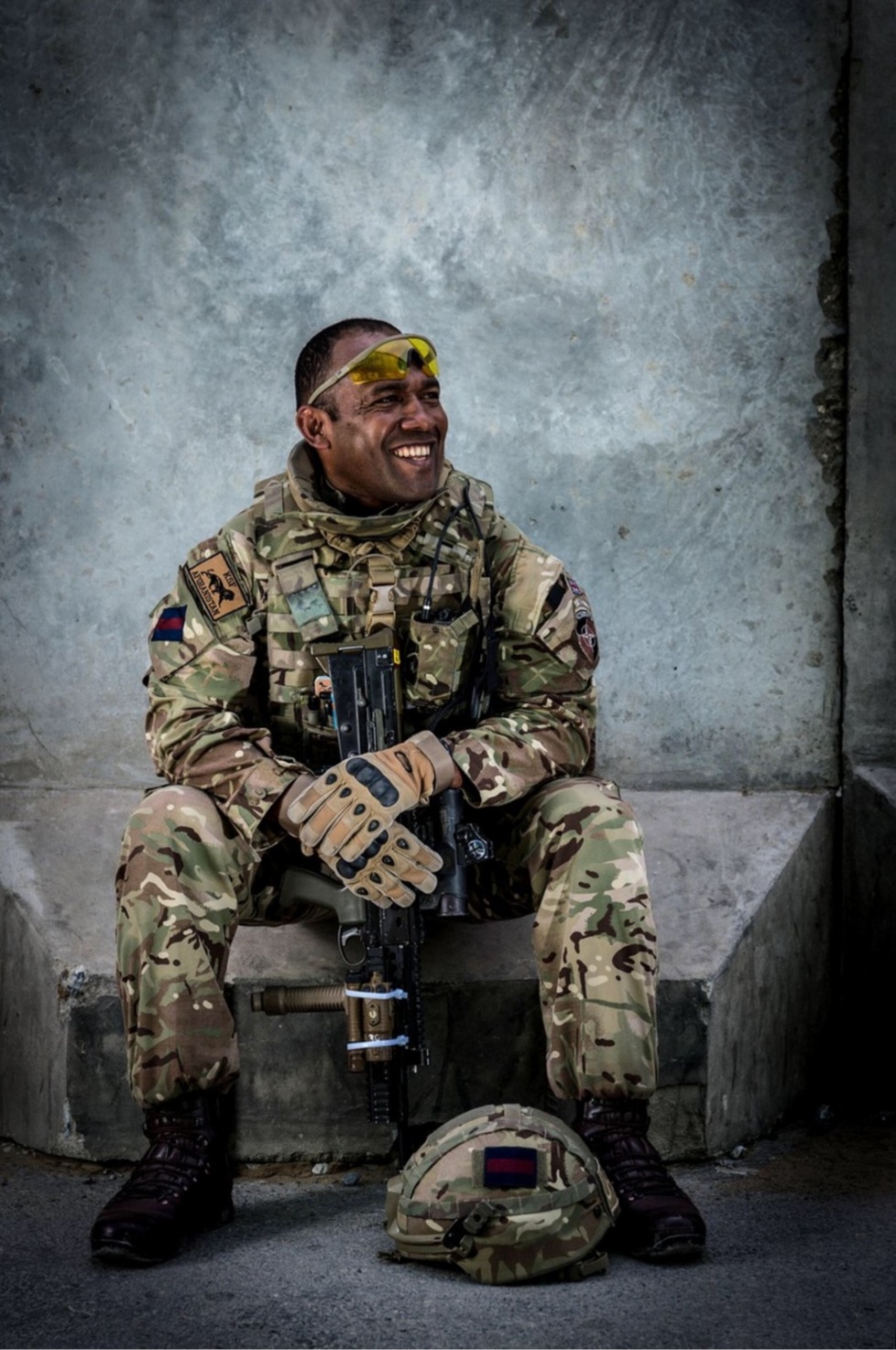 Having returned from our third and most recent Operational tour to Afghanistan late in 2018, while simultaneously delivering our ceremonial role, we have continued to maintain our active capability.

Through the autumn of 2019 half the Battalion was deployed to the Falkland Islands to help maintain the UK‚Äôs standing commitment to the security of the Falkland Islands. In the early part of this year we deployed a large Company Group on exercise to the jungles of Belize.

In autumn 2020 the Battalion begins mission-specific training in earnest for our planned second operational tour to Iraq in 2021, further underlining our unique dual role we have as members of the Household Division.